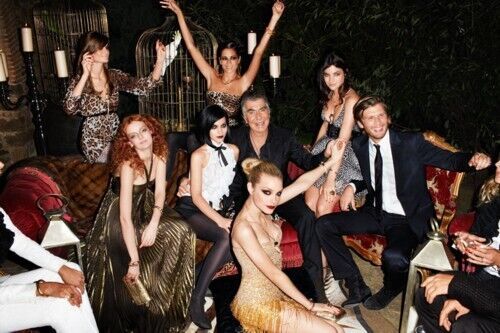 Bianca — February 20, 2008 — Marketing
References: nymag
Share on Facebook Share on Twitter Share on LinkedIn Share on Pinterest
Italian designer Roberto Cavalli has branched outside the fashion industry to work on interior design projects. His latest endeavour is opening a nightclub he would design himself. The first Cavalli Club will open in October 2008 in Dubai, a city where he's already designed a tower and residences.

"Everything will be Cavalli, from the furniture down to the ice holder and the dishes," he told WWD.

I can picture it now: wild leopard print couches, golden statues with emerald eyes, zebra skin chairs, giraffe rugs, plush fur carpets and drapes to separate private rooms in eye popping colours. Then again who knows how it will look, he could completely surprise the world and stray from his traditional design style.

He's so excited about the project, he's already announced plans to open additional clubs in Miami, London and Milan. Not only that, but he's considering turning the whole process into a reality show! He told WWD he's been working on a show in NYC with the help of Tyra Banks' agent.
5.2
Score
Popularity
Activity
Freshness
Get the 2023 Trend Report FREE