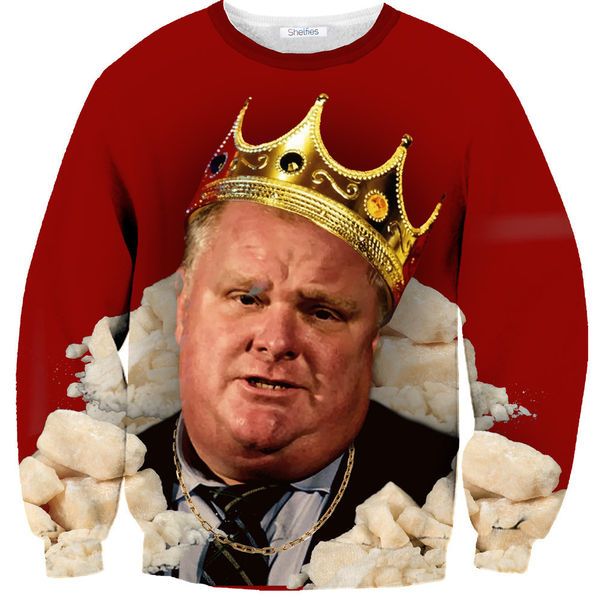 Ashley Noelle Lesiak — January 13, 2014 — Naughty
References: shelfies
Share on Facebook Share on Twitter Share on LinkedIn Share on Pinterest
If you would like to commemorate the famous Toronto scandal, why not wear this stylish Rob Ford shirt? Even though Toronto is the fourth largest city in North America, it definitely is number one in political scandal. If you’re not familiar with the infamous politician, Rob Ford was the mayor of Toronto who was caught smoking crack, is connected with murders, threatened people in council, knocked other councillors over while threatening said other councillors and liberally discussing his marital bliss.

This dope Rob Ford shirt is red with a print of the mayor. He is wearing a crown, and behind him is large white rocks of crack cocaine. This shirt is definitely over the top, but perfect for those who like to make a political statement through their fashion choices.