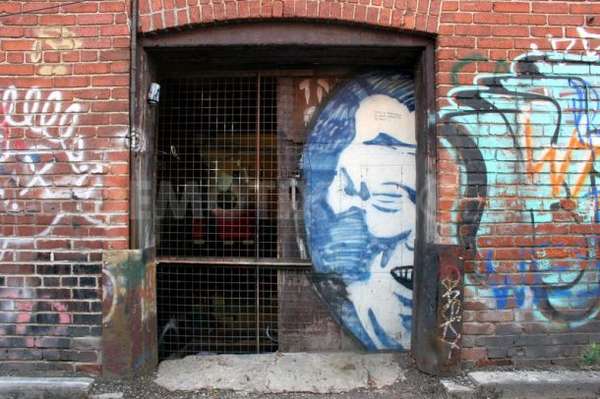 Sarah Moore — March 6, 2012 — Pop Culture
References: thegridto & thegridto
Share on Facebook Share on Twitter Share on LinkedIn Share on Pinterest
Toronto-based street artist SPUD will be moving his collection of Rob Ford-inspired graffiti from the streets to somewhere a little more swanky -- a west-end art gallery, to be exact. The SPUD 'Censored' exhibit is set to appear at the Don’t Tell Mama Gallery and will showcase many of his controversial drawings that have been appearing on city walls for the past year.

Traditionally thought of as an underground, counter-cultural form of artistic expression, graffiti often garners mixed reactions. It is defined by some as art and others as vandalism, with Rob Ford leaning more towards the latter. The fine line that street art walks between the two definitions often brings graffiti artists under fire -- especially when their work openly criticizes a prominent, public figure.