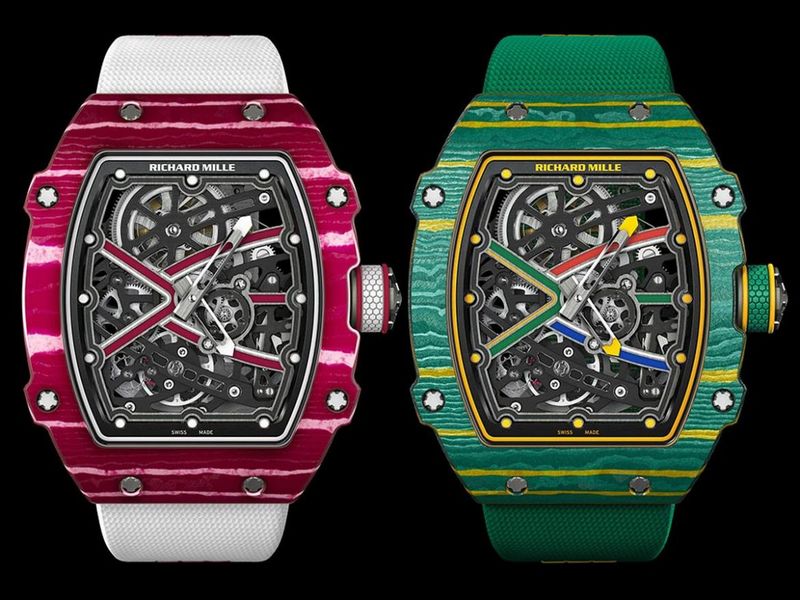 Joey Haar — August 11, 2017 — Fashion
References: richardmille & ablogtowatch
Share on Facebook Share on Twitter Share on LinkedIn Share on Pinterest
Luxury watch designer Richard Mille has released a new set of watches, the RM 67-02 High Jump and the RM 67-02 Sprint, ahead of the upcoming 2017 World Championships of Athletics in London. The posh yet sporty watches are inspired by two Olympic athletes, with colorways that match their national allegiances.

As the model numbers indicate, the two watches are functionally the same as one another, differing only in terms of their colors.
4
Score
Popularity
Activity
Freshness
Attend Future Festival Virtual