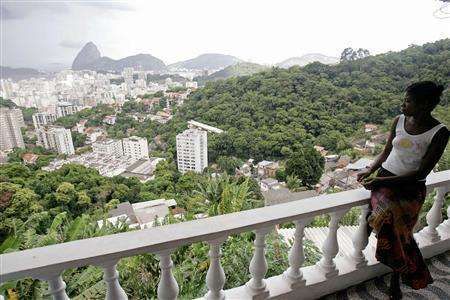 Nigel Goodwin — March 5, 2006 — World
References: tiscali
Share on Facebook Share on Twitter Share on LinkedIn Share on Pinterest
Adventurous travelers can now enjoy breathtaking views of Rio de Janeiro and its beaches for just a few dollars a night -- by sleeping in the slums. "The Little Slum Inn" offers a chance to live as the locals do, or close to it.

Rio's slums, or favelas, are notorious for abject poverty and shocking violence. Most residents live in shacks. Drug lords rule the neighborhoods. In fact, it's not uncommon to see drug traders patrolling with AK-47s and engaging in street battles with the police.

The jungled-covered hillside slum of Pereira da Silva is relatively safe, at least by Rio's standards. The police killed the local drug kingpin in a shootout seven years ago and then began training a squad
in the neighborhood. The gangs have stayed clear since then.

The white, three-story Little Slum Inn has five rooms with comfortable furnishing and terraces overlooking the city. A room with a double bed costs US$35 per night. A bed in a shared room for backpackers costs US$15 per night. The inn has become popular with tourists seeking an experience out of the ordinary and was booked solid during the city's recent carnival.
3.9
Score
Popularity
Activity
Freshness
Jeremy Gutsche Keynote Speaker

35 Hillside Homes and Getaways
Architecture Perched to Overlook What's Below