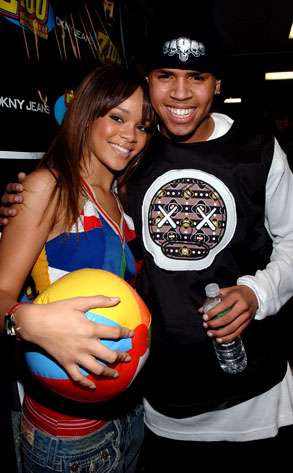 E! Online reports that during a break in the action during the NBA All-Star Game slam-dunk contest on Saturday, Rihanna's â€œUmbrellaâ€ played over the PA system. Fans immediately showed their support, as well as fellow celebrities Eva Longoria, Ludacris, Maria Shriver, and Spike Lee.

Implications - Chris Brown had been scheduled to perform at several All-Star weekend events, but those were cancelled when news of the assault reached the public.

An NBA official, speaking on the condition of anonymity to E! News said of Brown pulling out, "He's not exactly missed. He does not currently represent the image we are trying to portray."