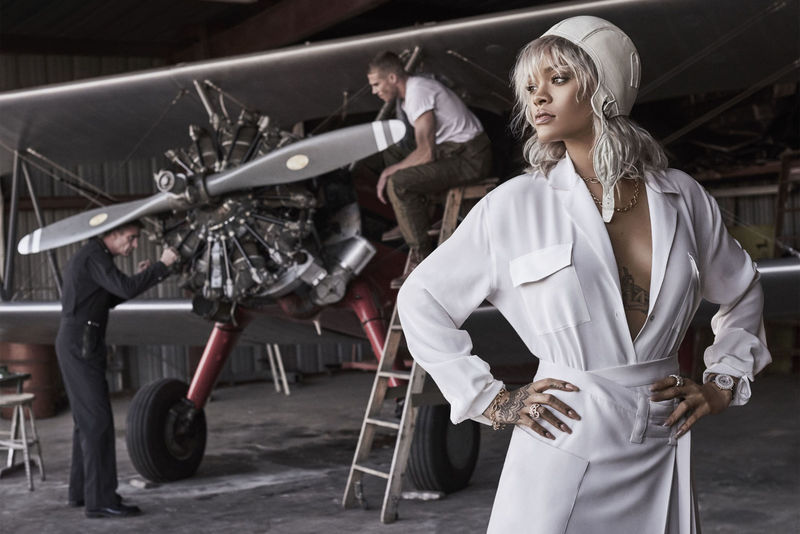 Riley von Niessen — February 14, 2017 — Pop Culture
References: harpersbazaar & hypebae
Share on Facebook Share on Twitter Share on LinkedIn Share on Pinterest
The Rihanna Harper’s Bazaar cover shoot is a celebration of powerful women, who dominate positions that have largely been held by men in the past. To make this clear, the magazine used the style and inspirational persona of Amelia Earhart as its main source of influence for the shoot, reflecting a sense of courageousness and feminine power that's well-known to viewers.

The singer explained her involvement in the shoot by saying, "There’s something so special about a woman who dominates in a man’s world. It takes a certain grace, strength, intelligence, fearlessness, and the nerve to never take no for an answer."

Due to what the historical figure meant to her, Rihanna said it was a "No-brainer for me to team up with Harper’s Bazaar in honor of a woman who held her own with the big boys." Those looking to get their hands on the Rihanna Harper’s Bazaar issue can find it on stands come February 21st.
5.2
Score
Popularity
Activity
Freshness
Attend Future Festival