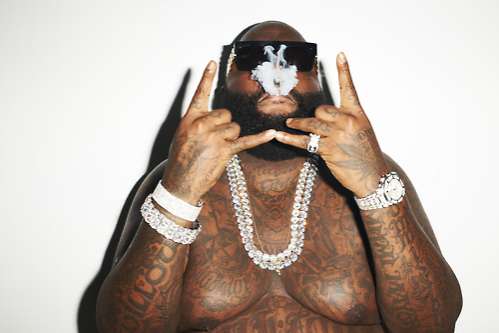 Rick Ross and Terry Richardson Meet for a Candid Smoke

Rick Ross has been keeping busy every since he hit the rap music scene, he just performed recently at Pure Nightclub in Las Vegas as part of the Reebok Classics concert series. His performance was alongside artists like Tyga, Swizz Beatz and magician David Copperfield. Rick is also working with Tyga, Allen Iverson and others for an upcoming big and tall line for Reebok.

It's no wonder that the artist made time to stop by Terry Richardson's studio for a badass photoshoot. In the shoot, viewers can see the rapper smoking what looks like a joint while throwing up gang signs.
5.4
Score
Popularity
Activity
Freshness