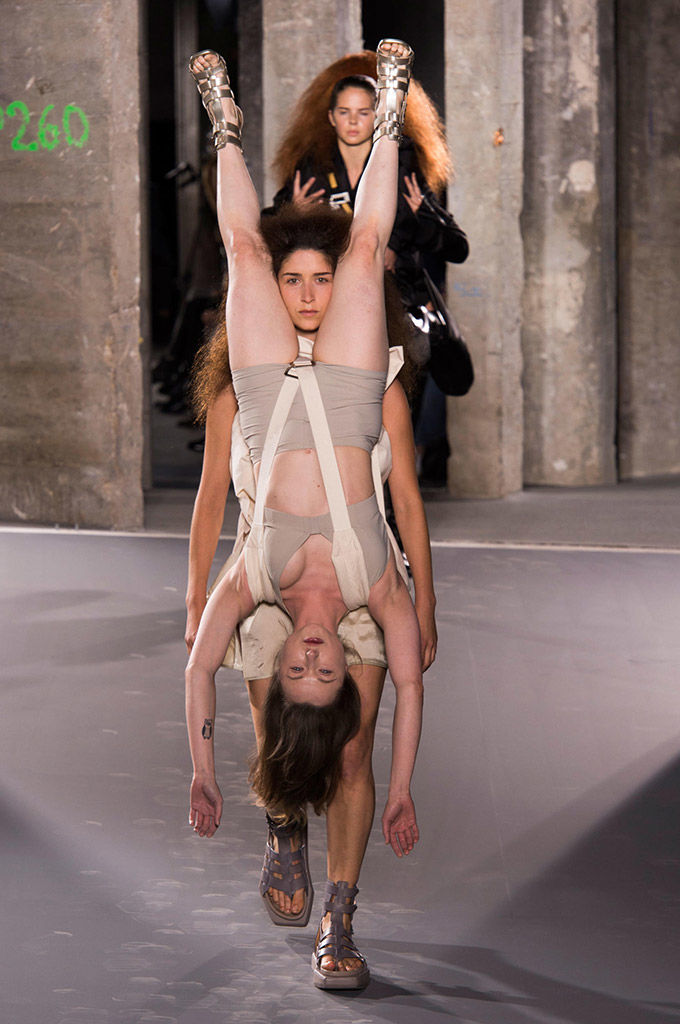 Michael Hemsworth — October 2, 2015 — Art & Design
References: rickowens.eu & likecool
Share on Facebook Share on Twitter Share on LinkedIn Share on Pinterest
For the Rick Owens Spring/Summer 2016 collection, the designer sent models with human accessories down the runway in a bid to create what looks like a human knapsack. Strapped to the back and front of models were other, more stoic models, which is described by Owens himself as, "women raising women, women becoming women and women supporting women -- a world of women I know little about and can only attempt to amuse in my own small way."

The almost activism-oriented Rick Owens Spring/Summer 2016 collection helps to convey the designer's thoughts and feelings regarding the world in new, innovative ways that grab attention and allow the message to be disseminated accordingly. The empowering Rick Owens Spring/Summer 2016 collection hopefully empowers many women around the world to support each other, whether physically as seen here, or mentally.
6.8
Score
Popularity
Activity
Freshness
View Innovation Webinars