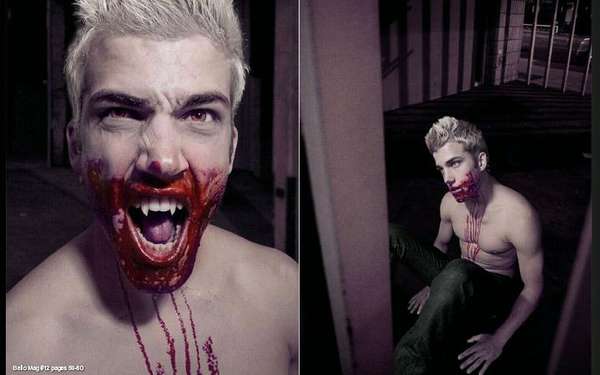 The dark and moody Richard Edwards 'Bello' magazine editorial appears to be drawing inspiration from the most recent obsession with vampires, thanks to the Twilight franchise and, most recently, Vampire Diaries.

Implications - In the last few years, there has been an entertainment movement toward escapist, vampire fare. The success of True Blood, Twilight and Vampire Diaries have proven that this is more than a temporary fad. Companies or brands would be wise to develop marketing that features vampire activity to capitalize on this craze before the general public tires of its ubiquity.
3.5
Score
Popularity
Activity
Freshness
Get Better and Faster

Vampiretography
‘Eternal' by Olivier Shows Vampires Like Hairstyling Too