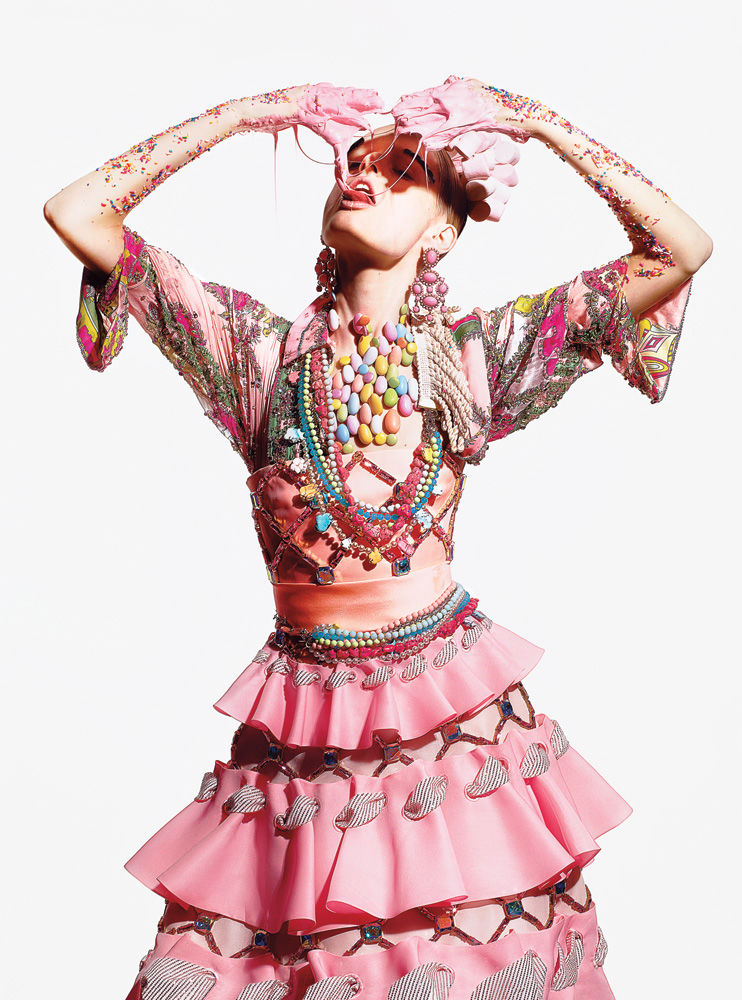 The Richard Burbridge for T Style Summer Shoot is Wild

Just like Terry Richardson, who loves to photograph models and celebrities eating, photographer Richard Burbridge shoots models Julia Nobis and Hanne-Gaby Odiele covered in (and gorging themselves on) fruit, fish and candy (not together, of course).

The Richard Burbridge for T Style Summer 2012 fashion editorial is styled by Robbie Spencer and is wonderfully quirky and fascinating to gaze at. Whether you like the idea of models getting messy with food or not, this is one shoot you won't soon forget.
6.3
Score
Popularity
Activity
Freshness
Get the 2021 Trend Report FREE