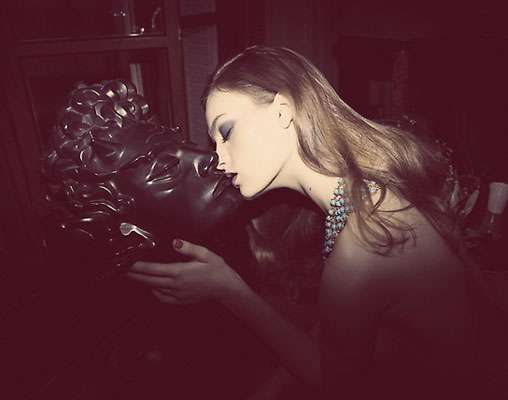 Meghan Young — March 27, 2011 — Fashion
References: richardbernardin & lifelounge.au
Share on Facebook Share on Twitter Share on LinkedIn Share on Pinterest
Richard Bernardin definitely has a signature style when it comes to his photographic works. It is as though he steeps each image in a vat of sensuality and vintage aesthetics, which gives every shot an overall cinematic quality that is completely captivating.

Because of his signature style, you might already be familiar with Richard Bernardin's work. In fact, we have featured a couple of his shoots before, including a Grazia spread and a BlackBook one.

Based in Canada, Richard Bernardin is not only represented in Montreal, but in Paris and New York City as well. Considering his impressive portfolio, it's not surprising he has such an international clientele. Richard Bernardin's work has also been featured in Elle, Lush, Icon, R14, Vogue and Vogue Brazil.
6.3
Score
Popularity
Activity
Freshness
Get the 2021 Trend Report FREE