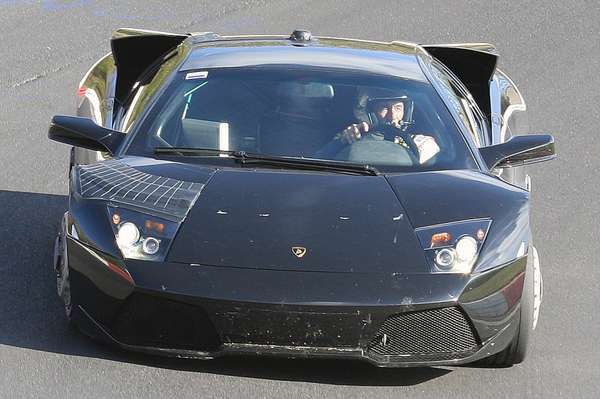 The Lamborghini supercars we see everyday (well…DEFINITELY not everyday) are larger than life luxury speedsters. The types of cars we dream of sitting in.

Now there might be another one according to these spy shots of the Lamborghini Murcielago.

Not much can be said about the vehicle as of yet (it better be good…rumours are spreading of new Aston Martin, McLaren and Ferrari cars) but we do know some of the specs.

Spotted on the wheels were RoaDyn torque sensors that are used to monitor the different forces and torque levels exerted on a specific wheel at different speeds (engineers use info to tune steering, brakes, etc.).

It should be keeping the same V12 engine and with the latest Murcielago at 670hp, we could probably expect a similar number.

It looks pretty, we’ve heard it can move, now we’d just like to know what it is.
2.8
Score
Popularity
Activity
Freshness
Get Trend Hunter Dashboard