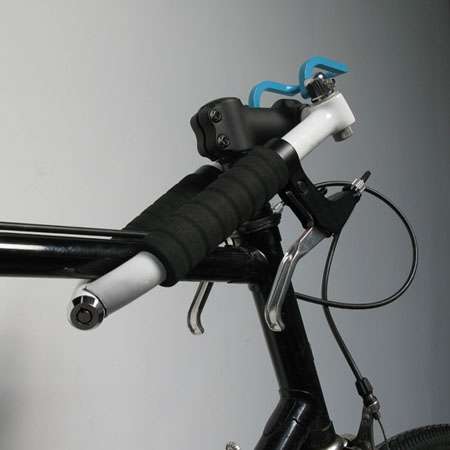 The witty concept replaces the standard handlebars with a collapsible set that folds toward the main frame, creating a steering lock. The bike is now easier to place against the wall and store, taking up less of your valuable space and preventing the front wheel from turning, a damage hazard when parking outside. Moreover, the locked handlebars add an extra level of security, inhibiting the feared-by-all-cyclists act of theft.

Second prize winners of the “Power to pedal” contest by Design21, the Retrofit Folding Handlebars are no less than as described by judge Wendy Brawer: elegant and intelligent.
3.5
Score
Popularity
Activity
Freshness