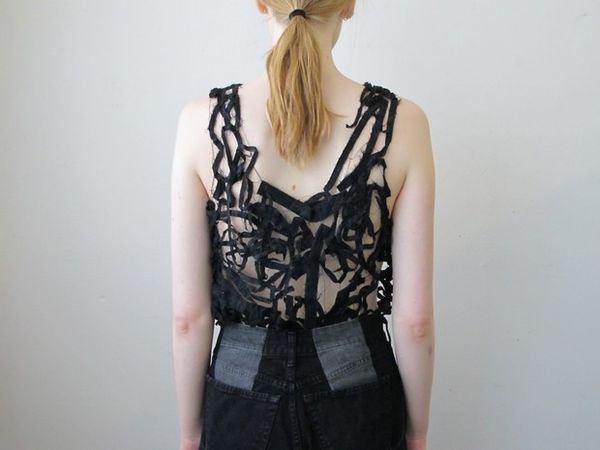 Restructional Clothing by Ninna Berger is Made Out of Discarded Clothes

Meghan Young — November 7, 2013 — Fashion
References: restructionalclothing & coolhunting
As amazing as it is that more and more people are donating their used clothes to those in need, more often than not they are succumbing to pressures of consumerism as well as a lack of care for clothing; the Restructional Clothing collection particularly focuses on the latter. The designer, Stockholm-based Ninna Berger, states, "Why make user-friendly clothes? Because people don't know how to look after a garment anymore—how to iron properly or fold pieces—which is why they throw stuff away before they need to."

Yet the avant-garde designs that make up the Restructional Clothing collection don't look as though they were made out of used pieces. Instead, the stunning, grunge-like creations are masterpieces in their own right.
3.8
Score
Popularity
Activity
Freshness