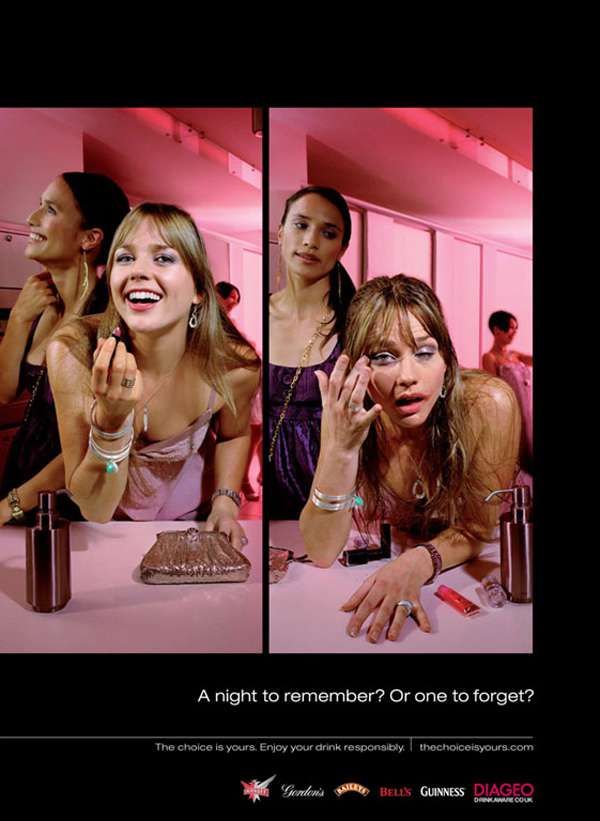 A Night to Remember or Forget ?

mediterranean — May 27, 2008 — Marketing
References: adforum
Share on Facebook Share on Twitter Share on LinkedIn Share on Pinterest
This responsible drinking campaign by Abbott Mead Vickers BBDO, London for Diageo reminds you there is a point that turns a fun night of drinking into a regrettable one you'd rather forget. Drinking too much becomes an issue when your intoxicated behavior becomes the problem.

The campaign capitalizes on findings of consumer research by Diageo to identify groups that can be most efficiently influenced. "People who enjoy alcohol and drink when socializing with friends, catching up for a gossip, playing pool; to whom having a drink is fine as long as they stay in control," they describe the group. "They generally tend to know how to drink without losing control, but sometimes they go a bit over the edge: As the evening progresses (and particularly the next morning) they start to feel ashamed. They are embarrassed about behaving badly in front of other people, and the possibility that they've ruined the night for their friends too."

The campaign uses these findings to reach out to the young audience with a tagline of "A Night to Remember ? Or One to Forget ?" using scenarios of how drinking too much can ruin your night of fun by showing a drunk girl clumsily messing up her makeup while her girlfriend impatiently looks over, a guy getting himself and his mates kicked out of a club, and a drunk girl being dragged and supported by her friend. Not so much after all...

See another campaign about excessive drinking: