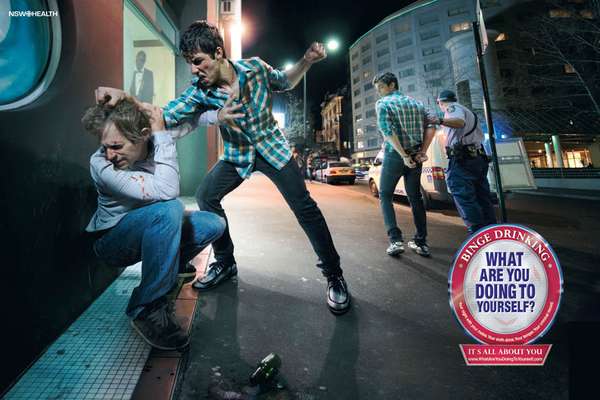 Watch Yourself Drunk With This Anti-Binge Campaign

Created by GPY & R Sydney, the ads show a young person looking at himself and the trouble he’s getting into because of his binge drinking. This includes getting arrested after getting in a bloody fight, making an ass of himself with a woman at the bar, and a woman blinding her own eyes while she’s driving a car fast in reference to the danger of drunk driving.