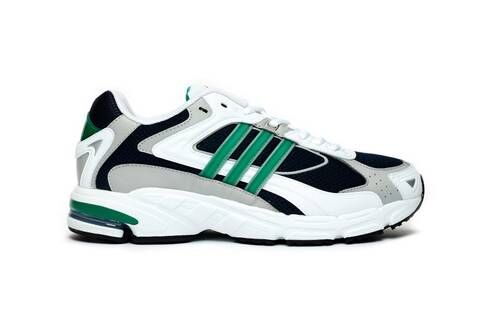 Amy Duong — September 3, 2020 — Fashion
References: adidas & hypebeast
Share on Facebook Share on Twitter Share on LinkedIn Share on Pinterest
adidas Original taps into its archives and pulls out the Response CL sneaker model to launch once again in two new colorways. The brand celebrates the 2000s and the running technology that was born during that era as well as some popular silhouettes.

The sneaker was originally crafted alongside the brand's Consortium division to celebrate the past eras. The upper utilizes the Response Cushion from 2003 as the rest of the shoe features elements from the 2000s as well. This includes the sole unit foundation, the Formotion tooling, and the internal adiPRENE infusion. The upper is made from TPU, synthetic leather, and layered mesh for textural contrast. The colorways include the option of white, navy, and green, or white, navy, and black.