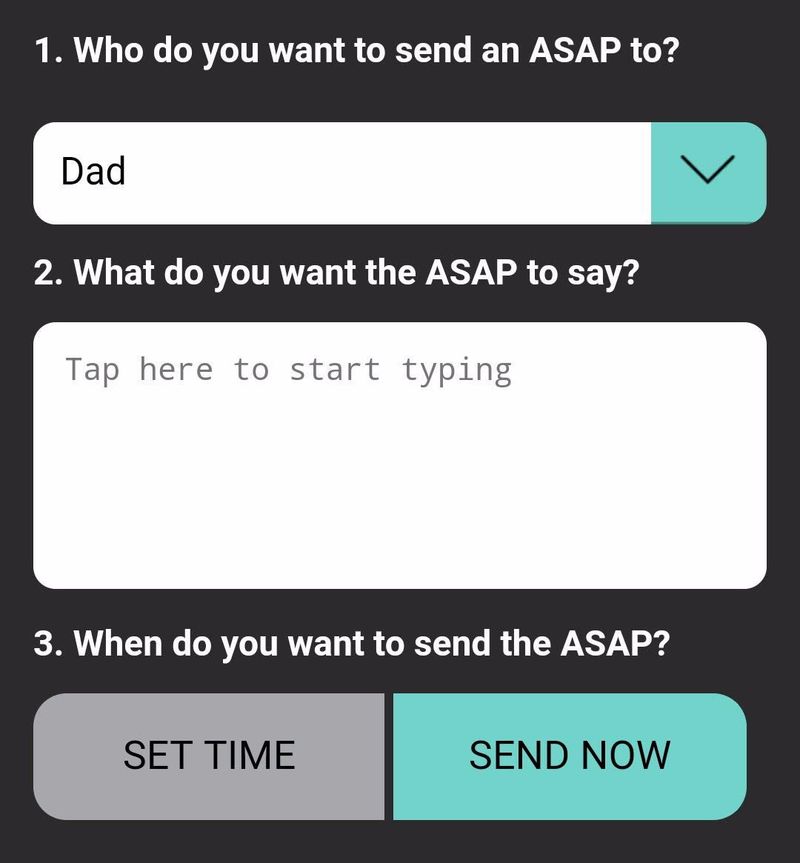 Ellen Smith — August 23, 2017 — Tech
References: play.google & mashable
Share on Facebook Share on Twitter Share on LinkedIn Share on Pinterest
ReplyASAP is a disruptive new app that virtually eliminates the possibility of a friend, family member or crush ignoring one's text messages. After growing tired of his 13-year-old son repeatedly leaving his texts unanswered, Nick Herbert developed an app as an aid to fellow frustrated folks. The intrusive app works by infiltrating the text message receiver's phone, sounding an alarm that can only be turned off by answering the text. In addition to the alarm, the app also performs a screen takeover, stopping the user from doing anything on their phone until they've responded.

The unique app is both useful and a novelty prank, giving parents peace of mind, by ensuring their presence is felt a little stronger than previously.
2.7
Score
Popularity
Activity
Freshness
View Innovation Webinars

Complimentary Product-Providing Apps
The Claim It! App is a Marketplace for Free Stuff