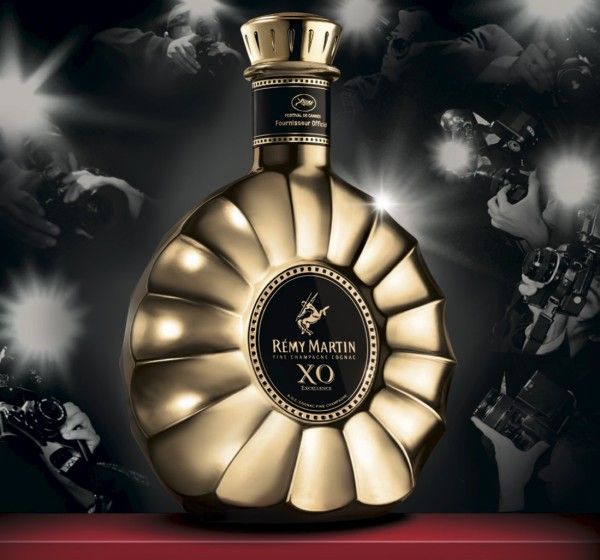 Laura McQuarrie — May 17, 2014 — Marketing
References: remymartin & luxuo
In celebration of this year's Cannes Film Festival 2014 and the cinematic arts, Rémy Martin, an official supplier to Cannes, released a special edition of its XO Excellence cognac.

This limited version of XO Excellence comes in a gold-coated decanter with a subtle film strip around its label. Although the Rémy Martin's rounded shape remains unchanged, it works in this case and almost looks like a film reel. The cognac's black and gold packaging has a glamorous, Old Hollywood feel to it and it comes beautifully presented in a gift box, where it is propped up on a miniature red carpet like a film star.

The luxe edition of Rémy Martin's XO Excellence was priced at $280 and was only available from a few high-end wine retailers during the first week of May, just ahead of the Cannes Film Festival.
4.9
Score
Popularity
Activity
Freshness