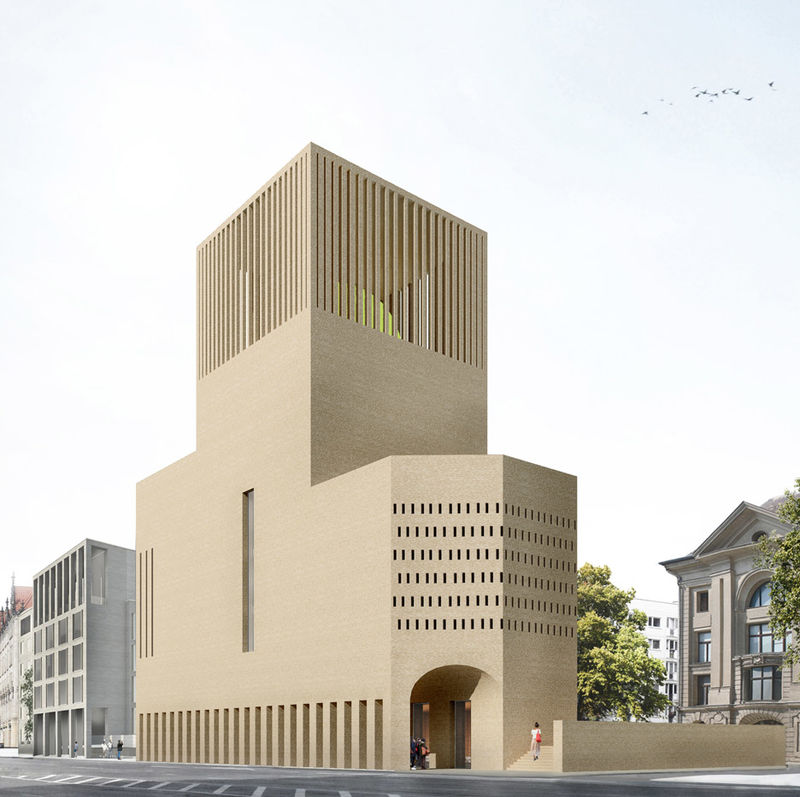 This Religious Building Contains a Synagogue, a Church and a Mosque

Katherine Pendrill — November 4, 2015 — Art & Design
References: kuehnmalvezzi & dezeen
Share on Facebook Share on Twitter Share on LinkedIn Share on Pinterest
The German architectural firm 'Kuehn Malvezzi' recently drew up designs for a religious building that contains a synagogue, a church and a mosque. Traditionally, different religious groups have built separate houses of worship. However, this multi-faith building aims to bring the different communities together under one roof.

The 'House of One' will serve as a place of prayer for Jews, Muslims and Christians. The religious building is set to be located in the heart of Berlin, directly where an iconic church once stood. The building itself is designed to reflect the similarities and differences between the three major religions. Each portion of the building will house a different religious group, however the entire space will be united under one roof. The exterior of the building would be free of religious symbolism, so as to provide a cohesive space for the different communities.

The abstract model for the House of One is now on display at the 'Chicago Architecture Biennial' and money is currently being raised to fund the project.
0.7
Score
Popularity
Activity
Freshness
Attend Future Festival Virtual