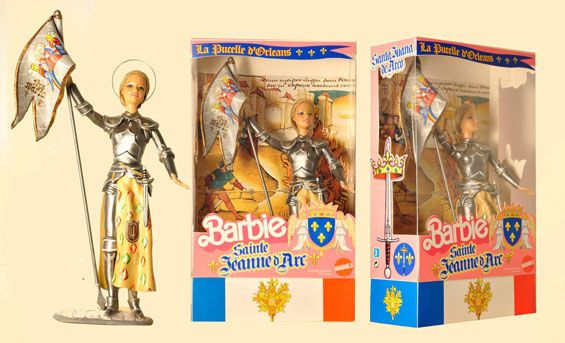 The Buenos Aires Exhibit is Cancelled Due to Death Threats

Meghan Young — October 16, 2014 — Social Good
References: facebook & beautifuldecay
Share on Facebook Share on Twitter Share on LinkedIn Share on Pinterest
An exhibit featuring 33 one-of-a-kind religious Barbies has been cancelled due to death threats. Although this doesn't come as too much of a shock considering how touchy a subject matter religion is, the creativity behind the religious Barbies is something that would have been appreciated better in person.

The uproar is due to a misunderstanding, according to the artists, Emiliano Paolini and Marianela Perelli: “The true message of our work was mutilated by magazines and television. That’s a shame. The media is killing our art.” While questions of taste and faith have been raised by Argentine Catholic Priests, Italian Bishops and Hindu Clerics, the religious Barbies were created as "additional portrayals in the canon of religious iconography," Beautiful Decay writes. The religious Barbies represent Christianity, Judaism, Hinduism, Buddhism and Argentine folk religion.
4.6
Score
Popularity
Activity
Freshness
Attend Future Festival