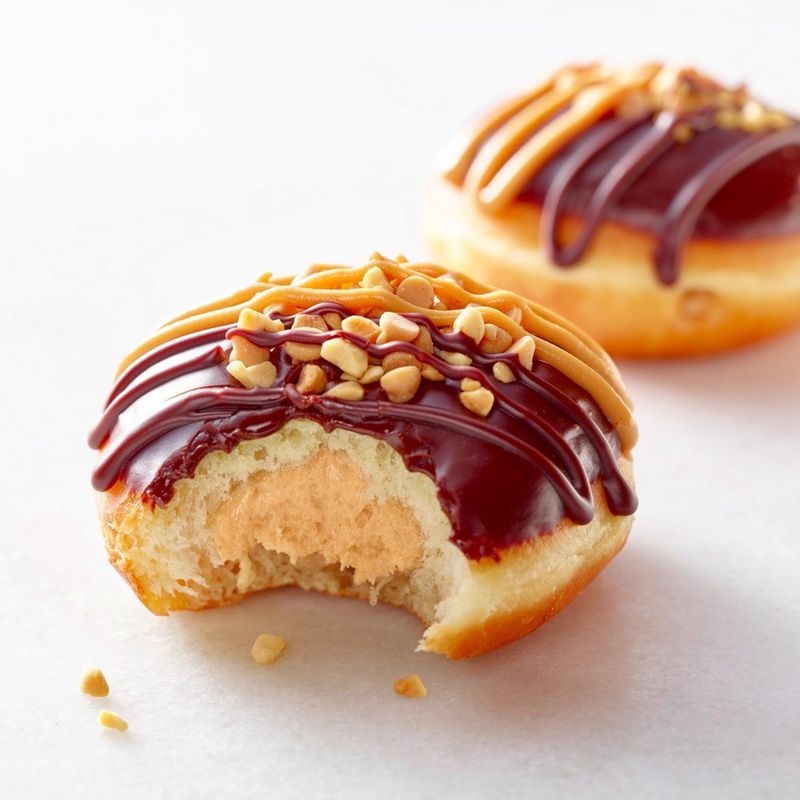 Krispy Kreme's Reese's Doughnuts are Coming to Stores This Month

Joey Haar — August 3, 2017 — Lifestyle
References: popsugar & eater
Share on Facebook Share on Twitter Share on LinkedIn Share on Pinterest
As if donuts weren't decadent enough on their own, Krispy Kreme is looking to add even more richness to its saccharine specialties with Reese's Doughnuts. The soon-to-be-released pastries are the product of a partnership between Krispy Kreme and Reese's, the popular peanut butter-flavored candy cups.

The Reese's Doughnuts are Boston cream pie-style, with fried dough surrounding a creamy filling and topped with various icings. In this case, the doughnut is filled with Reese's Peanut Butter Kreme filling, a new filling for the doughnut company. They're dipped in chocolate icing, topped with Reese's Mini Peanut Butter chips and peanuts, and drizzled with both chocolate and peanut butter icing.

The limited-edition doughnuts will be available at Krispy Kreme locations in the United States on August 4th, having previously been released in the United Kingdom only.
1.1
Score
Popularity
Activity
Freshness
Jeremy Gutsche Keynote Speaker