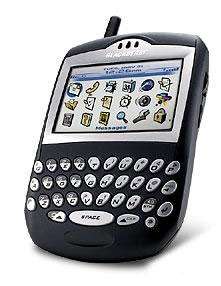 The new RedBerry service could pose a major challenge to Research in Motion Ltd., which is planning to launch BlackBerry in China by the end of next month. Its China launch has been delayed by two years of negotiations and regulatory obstacles, and RedBerry has now been introduced ahead of it. (GLOBE AND MAIL, CANADA)