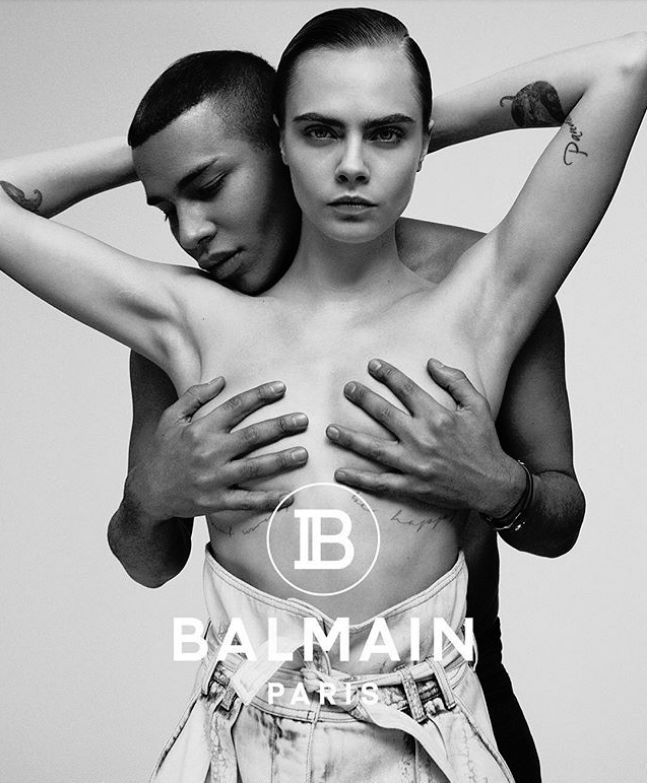 The original sees a topless Janet Jackson and her ex-boyfriend Rene Elizondo who is cupping her breasts. The image is quite tasteful and in black and white. The recreated photo sees model Cara Delevigne and Balmain's creative director Olivier Rousteing in a similar pose. The image is as elegant as it was back in 1993. Although quite sensual, the original and the recreated photo lacks sexual energy. That is, there is "nothing flirtatious about them."