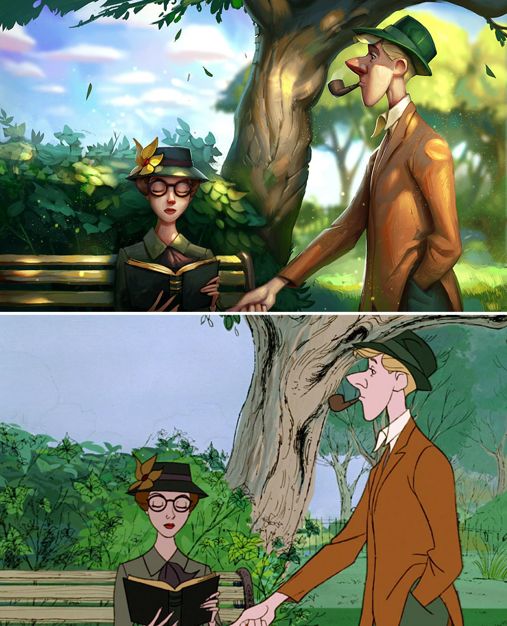 Megan Facciuolo — March 25, 2014 — Pop Culture
References: gardenturtle.blogspot & boredpanda
Share on Facebook Share on Twitter Share on LinkedIn Share on Pinterest
Sequels can sometimes end up being a "bust," but nothing to worry about here: these re-created Disney scenes are only illustrations. Digital artist and illustrator Tyson Murphy digitally enhanced a couple of scenes from classic Disney movies using Photoshop.

For the two remakes (from 101 Dalmatians and The Sword in The Stone,) he captured still images and digitally painted over them. In comparison, the original scenes look lifeless. Murphy's re-imaging looks lively, colorful and will entice you to re-watch your favorite, classic Disney films.

He’s only created two remakes so far, but he wrote on his blog that he will be doing more soon. Murphy is the lead character artist for Blizzard Entertainment’s World Of Warcraft video game -- so, with his insane talent, the next works will not disappoint.
4.8
Score
Popularity
Activity
Freshness
Get Trend Hunter Dashboard