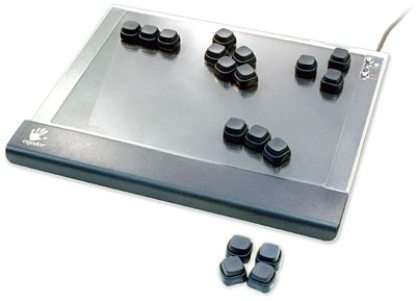 Alex Covert — March 29, 2008 — Unique
References: thinkgeek & coolbuzz.org
Have you ever wondered why our keyboards our organized the way they are? It's called QWERTY - the 6 letters run across the top of modern-day keyboards. It goes back to when typewriters were first produced. Original keyboards were arranged in alphabetical order but, due to the use of actual keys, they got stuck because people could type to fast. Manufacturers purposely rearranged the letters to slow typers down. Crazy, huh? We aren't constrained by such physical limits today but, we have kept the same layout, regardless. That's called a QWERTY. A new keyboard called DX1 Input allows users to reconfigure the keys and assign whatever function they want to each key.
1.7
Score
Popularity
Activity
Freshness

Supercar-Inspired Smartphones
The OnePlus Concept One Debuted at CES 2020