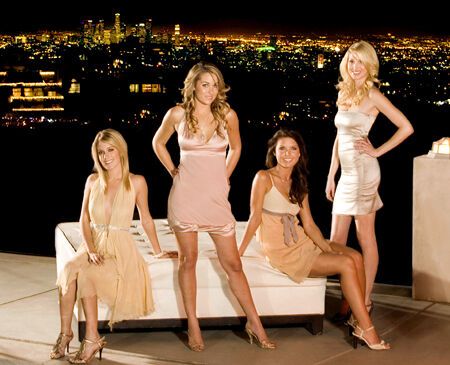 The Hills Stars Photoshopped Together In Promo Pics

The tiff got so out of control that they are refusing to pose in photos together, including promo pics for Season 3 of MTV's reality show The Hills. The shoots were taken on separate occasions and the images were merged together on photoshop.

Feuding celebrities have been catching a lot of media attention lately. Famous friend-to-foe relationships include Paris Hilton and Nicole Richie, Denise Richards and Heather Locklear, Lindsay Lohan and Paris Hilton, the cast of Desperate Housewives and, just when men thought it was only women who were insane, singers Jay-Z and R. Kelly make the list too.
3.2
Score
Popularity
Activity
Freshness
View Innovation Webinars

Bartender-Supporting Whiskeys
Four Walls Whiskey Benefits Those in the Industry