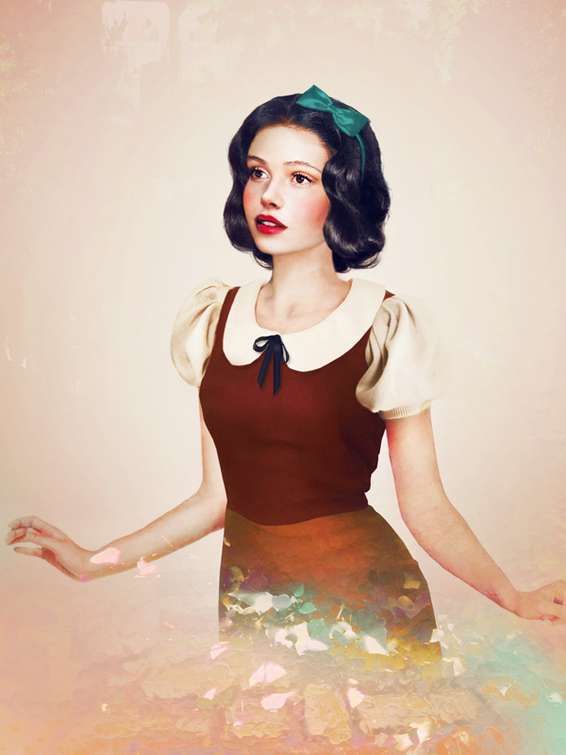 Sophia Alam — August 24, 2012 — Art & Design
References: behance.net & cargocollective
Share on Facebook Share on Twitter Share on LinkedIn Share on Pinterest
Everybody, including Jirka Vaatanien, loves Disney characters. Whether it's a princess, villain or hero from the hundreds of movies produced by the iconic company, deep down inside, everyone holds a place for Disney in their hearts. As much as one loves Disney characters, it's difficult to wrap one's head around the fact that they do not truly exist.

Jirka Vaatanien is a Finnish graphic design student based in Bournemouth, UK, whose love for Disney ladies has resulted in a more realistic view of the characters. So realistic, in fact, that his works show exactly how these royal cartoons would've looked had they really existed.

He states on his site, "I have always been interested in character design, as well as the way people look and what makes them unique in their appearances." He admits modestly that he never expected so many people to show interest in these images, but he feels it is extremely rewarding to see people's appreciation for them.
6
Score
Popularity
Activity
Freshness
Get the 2023 Trend Report FREE