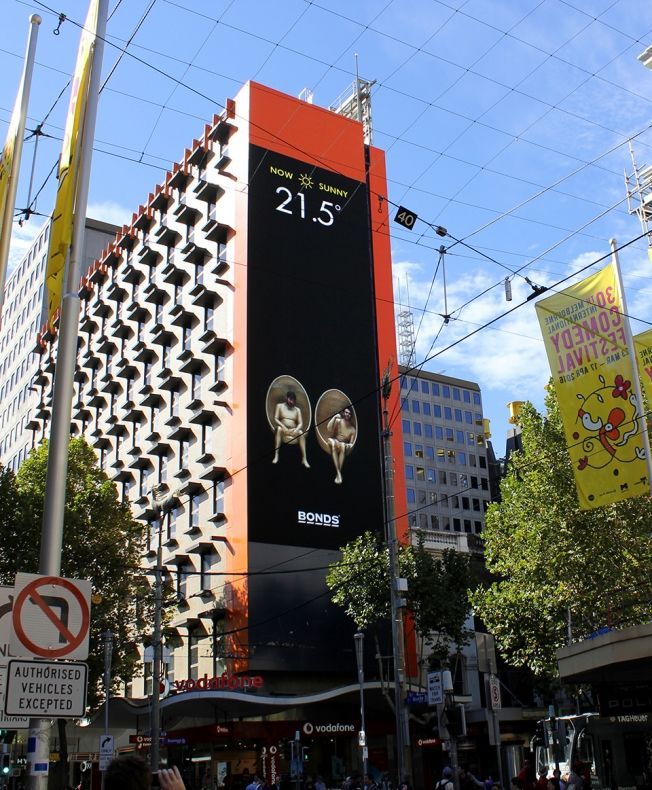 Last year, Bonds launched a campaign in Australia called 'The Boys,' which introduced a pair of talking testicles in order to advertise its underwear products. Now, the pair is back in this abstract advertisement to react to different weather conditions. The agency behind this creative billboard, Clemenger BBDO Melbourne, describes: "When it's cold, the boys shrink towards the top of the billboard, and when the weather heats up they descend and hang freely. The boys get swung about whenever the wind blows, too."

As well as taking advantage of some of the latest technology available and providing the public with a useful way to check the temperature, this responsive advertisement appeals to men with strong visuals to show how the male anatomy is affected by changes in temperature.
3.2
Score
Popularity
Activity
Freshness
Get Better and Faster