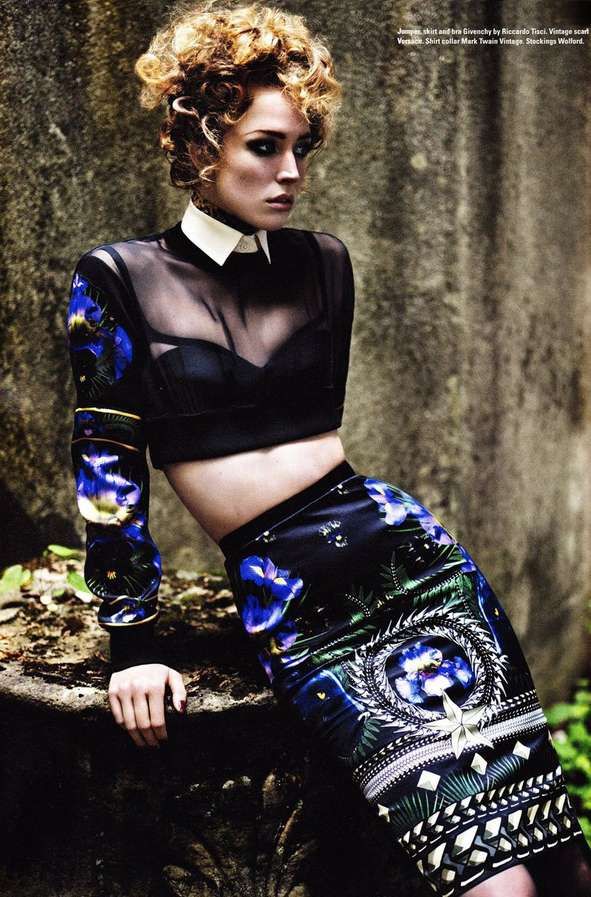 Zimmerman has had a fantastic 2011 thus far, appearing in major editorials in W, Vogue, Japanese Vogue, and Italian Vogue, each featuring fierce shots that display her natural beauty as well the understated but palpable poise that makes it very clear that she is a veteran at work. The Raquel Zimmerman i-D Magazine Pre-Fall 2011 editorial was shot by London-based photographer Josh Olin, who does a fantastic job of conveying the spirit of shoot.

Olin captures Zimmerman in the forest, her elaborate outfits exuding an upper-class elegance that is virtually irresistible. Zimmerman's designer duds help her cause. Givenchy, Louis Vuitton, Loewe, and the Row are just a few of the brands that help Zimmerman achieve the role of the apotheoses of upscale chic as she appears in this shoot.