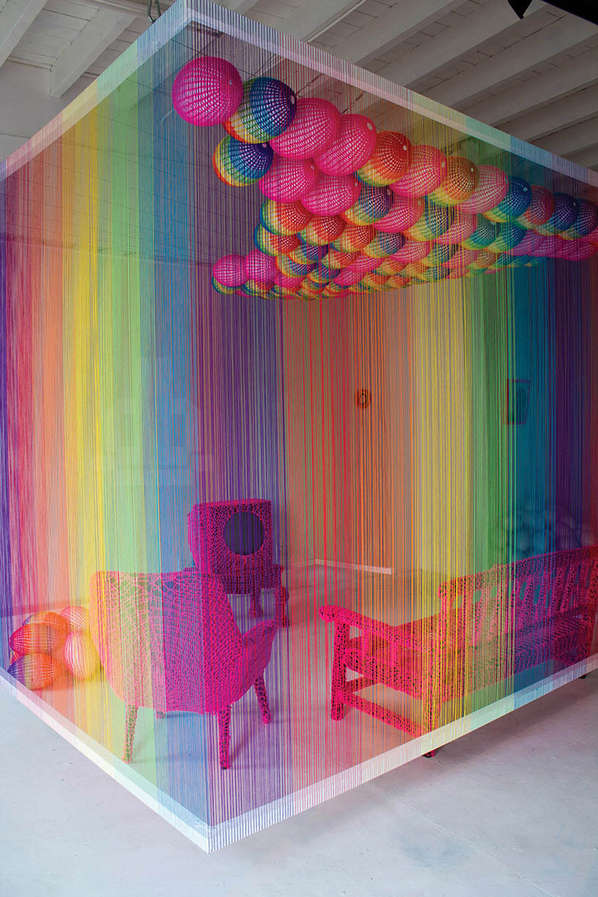 The living space seen in this installation is meant to mimic the average South African families living room in 1995 during the rugby world cup finals. Le Riche believes this was a significant point in their history, as it offered athletic South African males the chance to prove their strength and superiority publicly. However, because this colorful room seems more feminine than masculine, it clashes with this important part of history.

This spectacular rainbow room is visually stunning to look at, even if it's meant to make people think of negative attitudes toward homosexuality.