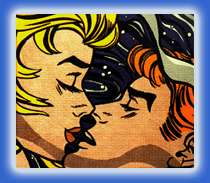 Bianca — January 28, 2008 — Lifestyle
References: technology.newscientist
OK boys, listen up, it's time you stopped counting on the ladies to care for birth control. No more excuses that you're not willing up to give up your manhood for good; there is now a reversible vasectomy... and it's controlled by radio.

The contraceptive implant is being developed in Australia. Unlike most female contraceptive, it doesn't prevent the body from producing its natural baby making tools; it works by controlling the flow of the sperm via an implant in the vas deferens, so the sperm can't make it from the testicles to the penis. When he does want it to be released, is up to him. All he'll have to do is flick the switch on the remote, and the channel will be unblocked. Think of it like a garage door opener.

"The silicone-polymer valve can be flipped between open and closed positions with a pulse of radio waves," New Scientist explained. "A set of conducting 'fingers' on the valve act as antennae and convert the signal's energy into sound waves that travel through the polymer and create stresses inside the device.

Fantastic! Now you can never get mad that your girlfriend forgot to take her pill... and ladies, it's time to get creative when coming up with new excuses!