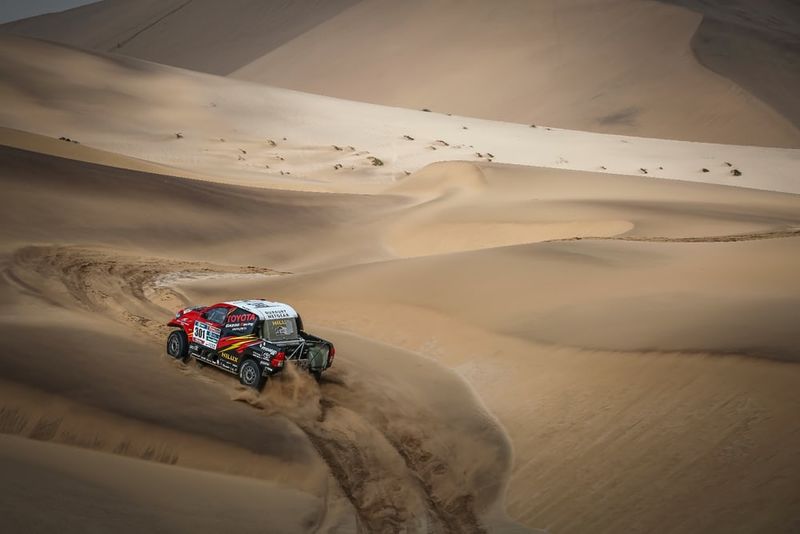 The Powerful Hilux Evo Truck Will Compete At the Dakar Rally

Based on the Toyota Hilux pickup truck, this particular vehicle weighs in at only 1,300 kg, which is massively less than the stock Hilux model. While the racing truck's weight figures may be low, its tire radius number goes way up to 37 inches, with the tires also equipped with a special deflation and inflation mechanism . The vehicle even comes with boosted suspension, a must-have considering the treacherous terrain that the racing truck will nave to negotiate.

With its rugged structural features and lightweight racing frame, the Hilux Evo racing truck is bidding to make a massive impression at the Dakar Rally.
2.4
Score
Popularity
Activity
Freshness
Get the 2021 Trend Report FREE