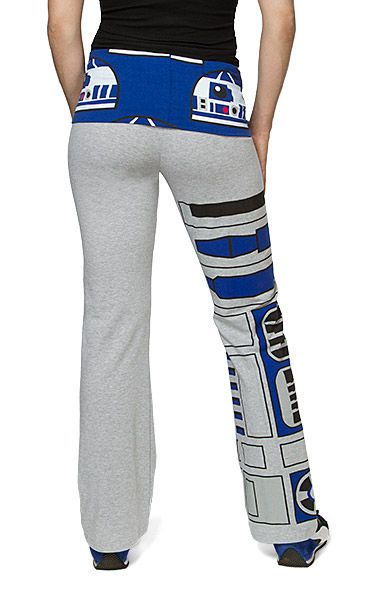 Michael Hines — August 3, 2014 — Fashion
References: thinkgeek & technabob
Share on Facebook Share on Twitter Share on LinkedIn Share on Pinterest
Here's hoping R2-D2 Yoga Pants become a thing at gyms around the world sooner rather than later. These athletic pants ensure that no matter where you are, both geeks and jocks will be turning their heads as you walk by. The R2-D2 Yoga Pants feature the iconic droid's likeness on the waistband and down the right leg.

Although R2-D2 is a robot, there have been a surprising amount of clothing items and shoes modeled after its likeness. However, there hasn't been much in the way of R2 (or Star Wars for that matter) athletic clothing. It's a safe bet that there aren't many, or any, Star Wars-themed yoga pants around. That being said, the R2-D2 Yoga Pants are available now for $39.99. (Guys, you'll just have to sit this one out.)
3.3
Score
Popularity
Activity
Freshness
Jeremy Gutsche Keynote Speaker