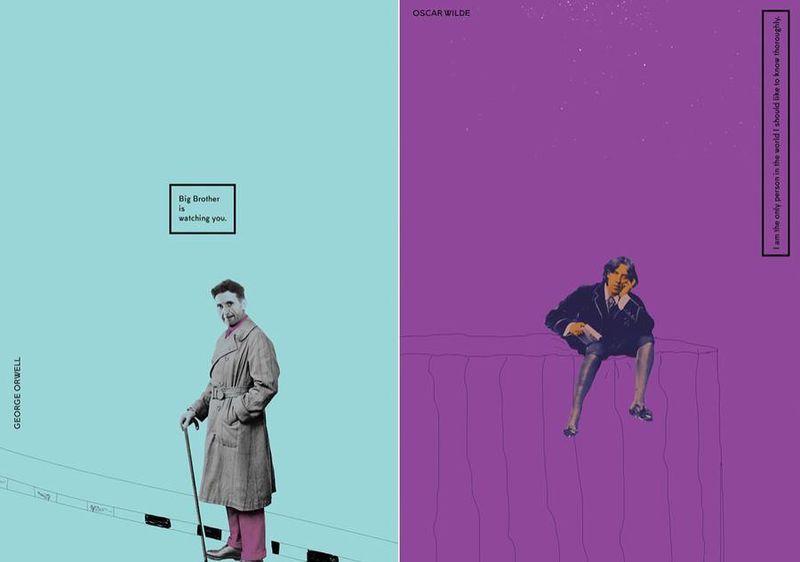 By mixing graphic design with more traditional detailed drawing techniques, Selman Hoşgör comments on the transitions these writers have made throughout time, with their words being as important today as they were in the past. Included in his collection of quotes from famous authors are iconic figures such as Albert Camus, George Orwell, Oscar Wilde, Ernest Hemingway, Agatha Christie, Edgar Allan Poe, Arthur Conan Doyle, James Joyce and more.

Each of the writers is displayed in scenes that impose them with unconventional colors -- with Agatha Christie shown mostly in black and white but with skin colored a bright hue of red. The quotes from famous authors are written minimally in boxes that appear next to the colorful portrayals of them, making for a tribute that enhances the contemporary relevance of each.
3
Score
Popularity
Activity
Freshness
Jeremy Gutsche Keynote Speaker