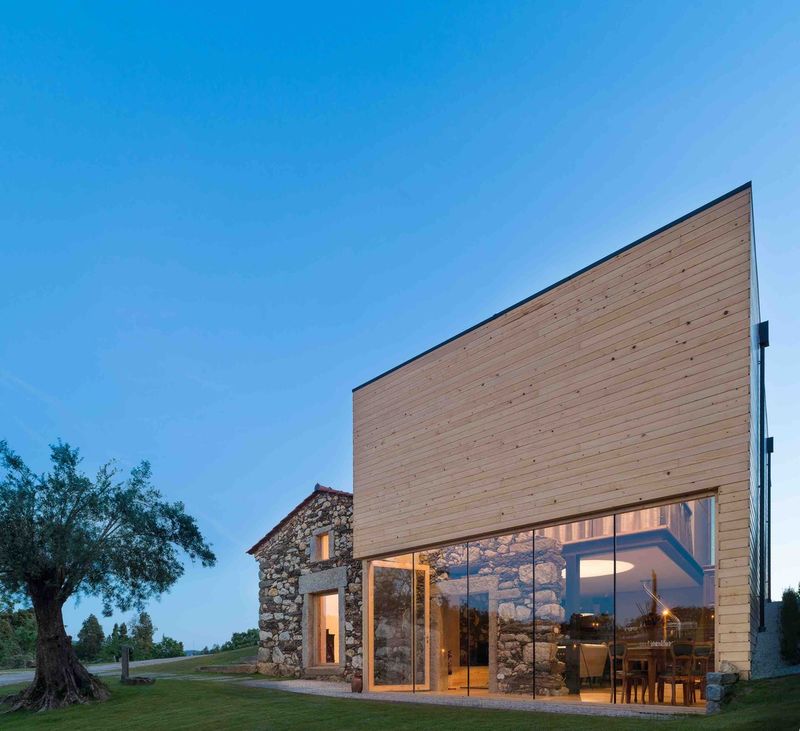 Joey Haar — February 14, 2017 — Art & Design
References: jlveloso-arquitetura.webnode.pt & archdaily
Quinta do Fortunato is a family home in Meixedo, Portugal, that has an impressively modern design. However, the house stands out not for its modernism alone — rather, what's striking about the abode is that it merges with a traditional stone farmhouse on the same property, blending modern style with the classic architecture of the area.

There are two volumes that make up the entirety of the Quinta do Fortunato property, and both of those buildings use a similar technique to blend with the preexisting farmhouses. Those farmhouses are covered by a glass and timber facade that looks to take inspiration from the Scandinavian school, and the use of glass in particular provides a clever way to expose as much of the traditional brick buildings as possible.
5.3
Score
Popularity
Activity
Freshness