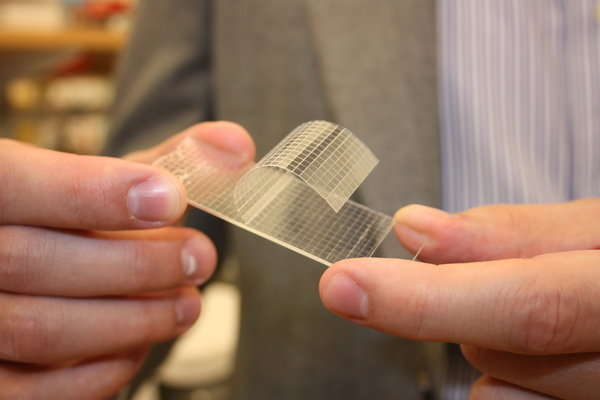 The Quick-Release Medical Tape Peels Away from the Skin Easily

Meghan Young — October 31, 2012 — Tech
References: karplab.net & healthland.time
Share on Facebook Share on Twitter Share on LinkedIn Share on Pinterest
Bandaids can sometimes be as bad as the wounds they cover, especially when it comes to the soft skin of babies; the quick-release medical tape helps to prevent further damage. It is essentially a bandage that securely sticks to skin while also peeling apart easily.

A team of researchers at Brigham and Women’s Hospital in Boston, along with biomedical engineers at MIT developed the quick-release medical tape. Addressing the fear of life-long scarring due to the use of such bandages, Bryan Laulicht, who worked on the quick-release medical tape, says, “This is one of the biggest problems faced in the neonatal units, where the patients are helpless and repeatedly wrapped in medical tapes designed for adult skin.”

The quick-release medical tape as a unique three-layer design that connects the tape’s adhesive layer to the tape itself.
2.8
Score
Popularity
Activity
Freshness
View Innovation Webinars