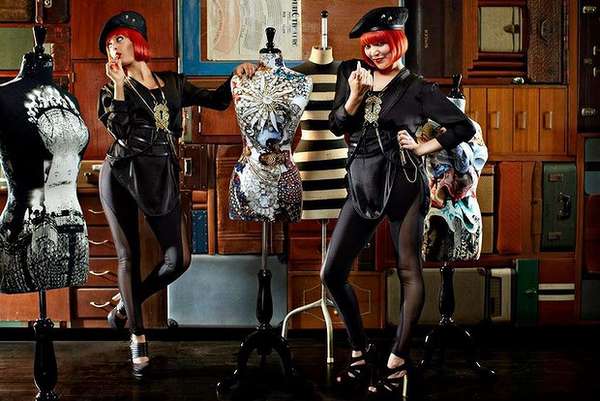 Meghan Young — January 7, 2013 — World
References: qtsydney.au & smh.au
Share on Facebook Share on Twitter Share on LinkedIn Share on Pinterest
Eccentric and quirky, QT Sydney is a hotel straight out of a Quentin Tarantino flick. Nevertheless, the director did not inspire the name. Instead, it follows in the footsteps of already established accommodations QT Gold Coast and QT Port Douglas. An urban alternative to these two resorts, QT Sydney is chock full of pop culture references and cool decor fit for film buffs, hipsters and more.

Catering to successful creatives, QT Sydney opened its doors late 2012. Greeting guests with a staff of red-haired Rocky Horror-esque women, the hotel immediately asserts a kooky vibe that is akin to a theatrical performance. Entertained as soon as they set foot into the building, guests will feel as though they have entered a completely different world, an escape that many hotels fail to achieve.