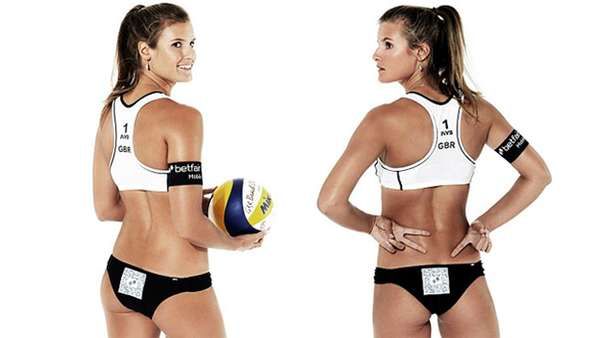 Without question, next to the predictably popular events like the men's 100 or 200 meter dash, the women's volleyball tournament will be among the hottest tickets at the upcoming Olympics. But not because of the skill and technique displayed, explain olympians Shauna Mullin and Zara Dampney, instead the audience will be paying attention to the interactive QR Panties that they'll be wearing. The quick response codes printed on their sportswear will direct smartphone users to BetFair, a prolific British betting website.

While the olympians and some onlookers genuinely consider the marketing ploy sexist and embarrassing, others see the QR Panties as a calculated attempt to turn every space into profitable advertising space. Whatever the case may be, these QR bottoms will certainly make a lot of money!
6.3
Score
Popularity
Activity
Freshness
Attend Future Festival