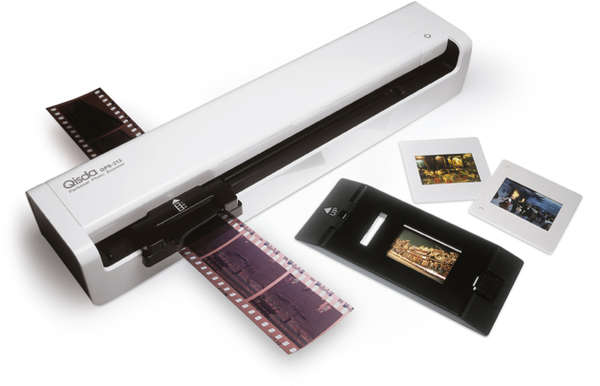 The QPS-213 Scanner Digitally Replicates on the Go, No Strings Attached

Amelia Roblin — January 11, 2013 — Tech
References: red-dot.de & red-dot.de
Share on Facebook Share on Twitter Share on LinkedIn Share on Pinterest
For those times when your smartphone camera just won't cut it, the QPS-213 Scanner makes it simple to take digital copies of different materials in a way that's surprisingly convenient. I can easily picture this compact device being used in university libraries and study rooms as an economical and efficient way to share notes, assignments and readings.

The sleek device is only slightly longer than the width of an A4 sheet of paper, allowing it to scan anything as broad as standard letter. In addition to documents, it's also great for film strip negatives, slides, printed photos and illustrations, giving it a versatility that makes it appealing to many.

QisDesign of Taiwan cleverly developed the QPS-213 Scanner so that it can function and store PDFs and images without being connected to a computer. Charging and file transferring can be done periodically via USB.
1.9
Score
Popularity
Activity
Freshness
Get Trend Hunter Dashboard