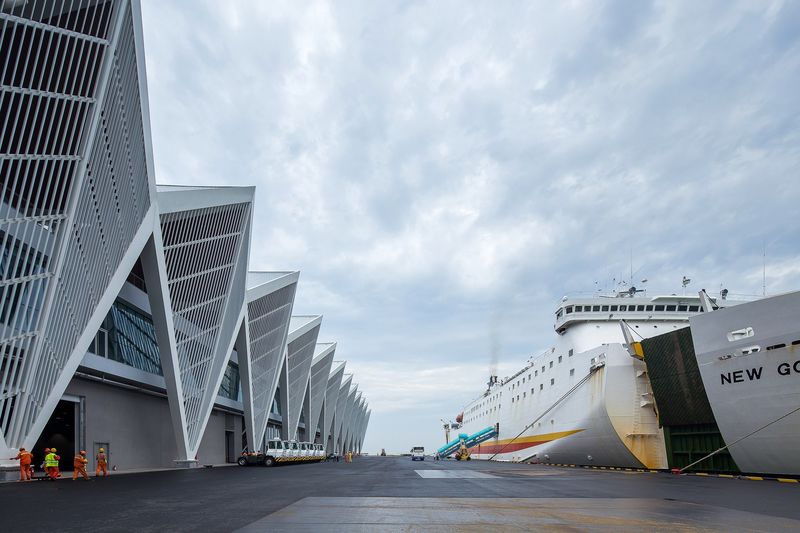 The Qingdao Cruise Terminal's Facade is Inspired by Sails

Joey Haar — June 30, 2017 — Art & Design
References: dezeen
Share on Facebook Share on Twitter Share on LinkedIn Share on Pinterest
The Qingdao Cruise Terminal has appropriately maritime inspiration considering its purpose.The folded steel facade and roofing take inspiration from sails in their shape and color, and though the massive cruise liners that come through the port don't themselves use sails, the nautical theme is visually stimulating nonetheless.

The Qingdao Cruise Terminal is a popular building in the harbor where it sits. Cruises have become a common vacation option in China, so the terminal is far more frequently visited than the industrial ports that also make up the area. The designers were prepared for such an influx of people, and the Qingdao Cruise Terminal is filled with ample space for gatherings of cruise passengers, many administrative offices, and even sections for simply sitting and enjoying the sea breeze.
1.7
Score
Popularity
Activity
Freshness
Get Trend Hunter Dashboard