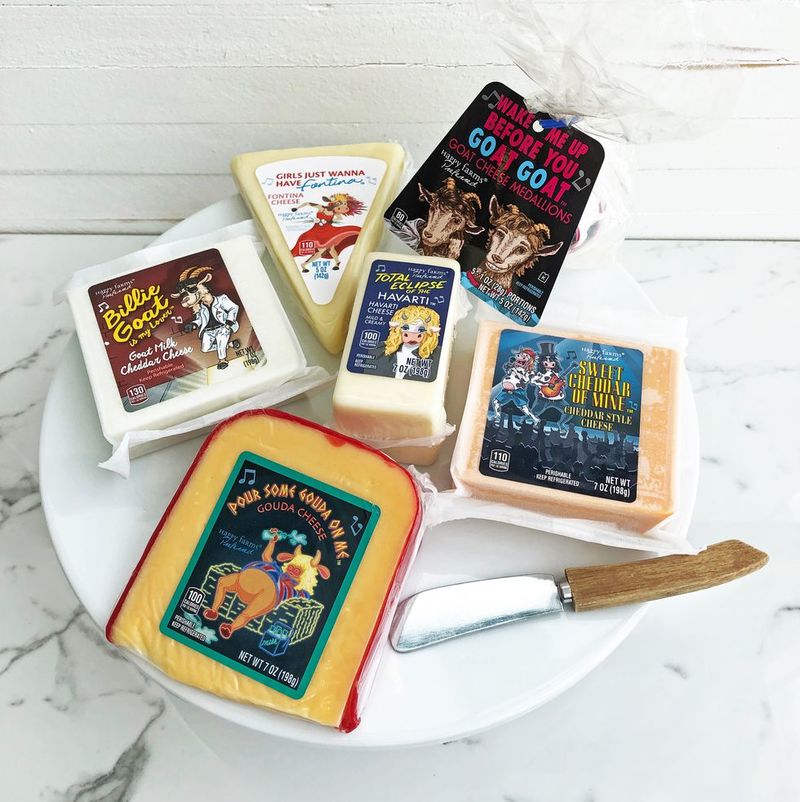 Katherine Pendrill — February 9, 2019 — Lifestyle
References: usatoday & delish
Share on Facebook Share on Twitter Share on LinkedIn Share on Pinterest
Few things go together better than award shows and cheesy snacks, which is why Aldi's has created a hilarious collection of punny cheese in honor of the 61st Annual Grammy Awards. With six different kinds of cheese to choose from, you'll have no excuse for leaving the cheese off of your award show viewing party menu.

Launched just a few days ahead of the Grammy Awards air date, Aldi has released six punny cheeses under its Happy Farms label. Each of the limited-edition cheeses is named after a hit '80s song for hilarious varieties like Wake Me Up Before You Goat Goat, Girls Just Wanna Have Fontina, and Total Eclipse of the Havarti. Best of all, each is priced at just $3.49, so these cheesy cheeses won't break the bank.