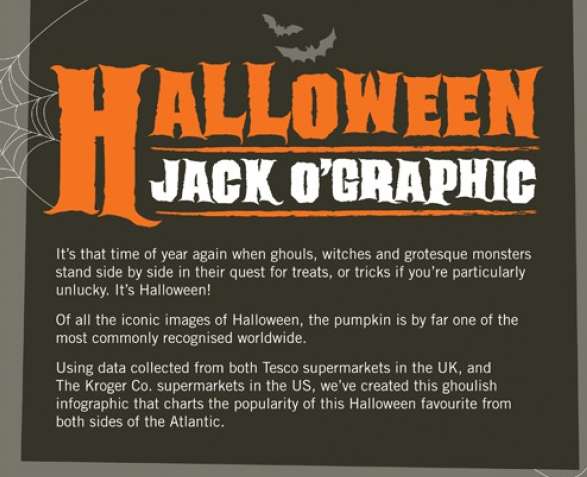 Erin Fox — November 1, 2012 — Special
References: dunnhumby & visual.ly
A Halloween tradition like no other, pumpkin carving requires creative ideas to gain admiration from the trick-or-treaters coming to your house every year. The pumpkin is by far the most recognized Halloween decoration on the planet, and its sales match this iconic imagery.

Over the Halloween season, 18,952 tons of pumpkins are sold, which could make up to 41 million pumpkin pies. This large amount of pumpkins can stretch all the way from London, UK to Transylvania. If you still can't comprehend the amount, what about the pumpkin weight translating into 221,000 zombies, 430 million vampire bats and 223 million tarantulas? It is also equal to enough coffins stretching to the moon, which is a slightly morbid thought, but very eye-opening.
1.6
Score
Popularity
Activity
Freshness