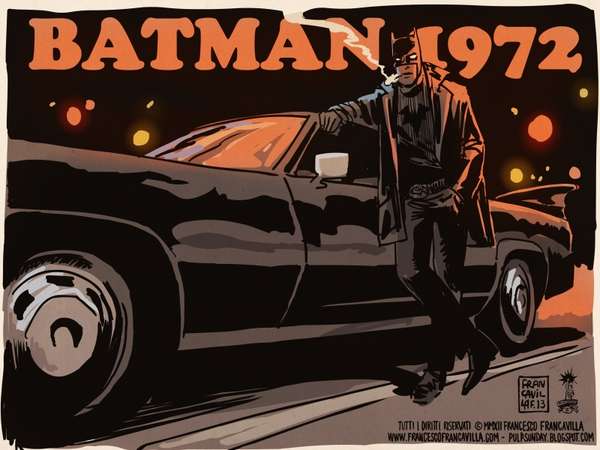 These Pulp Fiction Batman Illustrations are a Dark Take on Batman

Titled 'Batman 1972,' the pulp fiction Batman depictions thrust the characters of Batman into the world of grimy grindhouse. The illustrations showcase several characters from the Batman comics in outfits appropriated during that era. In keeping true to the 70s grindhouse style, the characters are illustrated in a manner that encapsulate that time -- a style of which not many young Batman figures are accustomed to. Batman is featured smoking a cigarette and boasting a retro detective look, while looking over human remains.

The 70s "Batploitation" is unique take on the series, which is surely going to be a hit with most fans of the Dark Knight.
4
Score
Popularity
Activity
Freshness