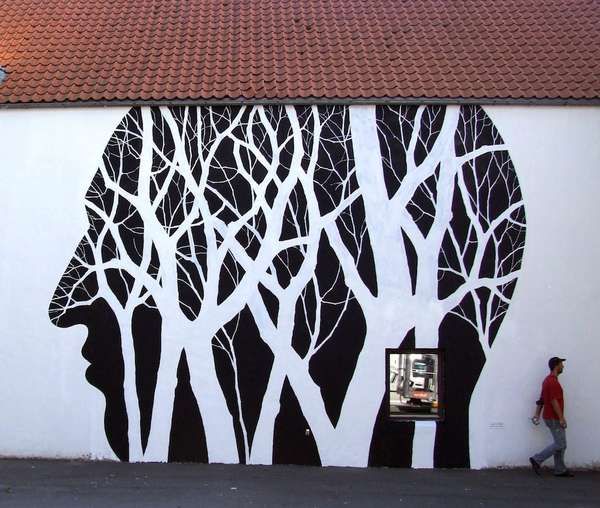 The series created by this talented duo is called the Movimiento Señora, and occupies walls all over Spain, but originated in Salamanca. Each work shows the silhouette of a side profile of a man's head. Within the head is a forest of minimalist trees, their branches snaking around the head, emulating the veins of the brain. To contrast the trees with their skull-like container, the two street artists painted the head black and the trees white, giving them a stark and dramatic contrast.

Each of these works is located the sides of dilapidated buildings around Spain, which lends a sort of beauty to the organic quality of the art. By combining an urban landscape with a naturalistic piece of art, de la Mano and Herrero have created a beautiful blend of past and present.
3.3
Score
Popularity
Activity
Freshness
Jeremy Gutsche Keynote Speaker