Top 55 Youth Trends in March
Next
Set of
Related
Ideas 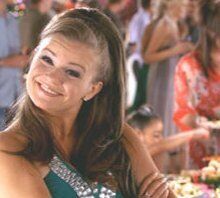 Cowbag — November 7, 2008 — Unique
References: handbag
Kerry Katona is a UK trainwreck celebrity. Formally in a girl band called Atomic Kitten, she is known for having the biggest sleaze in the world as a husband and her own MTV reality show.

A few weeks ago, she appeared on the UK daytime show ‘This Morning’ massively slurring her words. There is no better example of trainwreck television than this one.

Family chain Iceland--which Kerry represents--was bombarded with complaints to dump her as the brand’s face. Rather than just dumping the star, however, they have sent her to be tested for alcoholism. Which is nice and how things should be done. However, the results are to be made very public, whatever they are.

Iceland is the only client of Kerry’s still standing by her after the ‘This Morning’ debacle.
1.2
Score
Popularity
Activity
Freshness