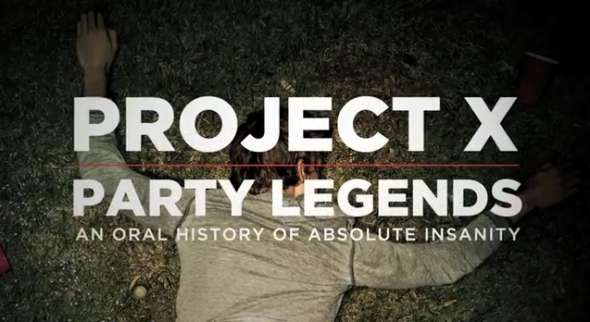 Jordan Miller — February 19, 2012 — Pop Culture
References: projectxmovie.warnerbros & youtube
Share on Facebook Share on Twitter Share on LinkedIn Share on Pinterest
Celebrities share their craziest party stories with animated re-enactments, as told by the stars themselves in VICE and Project X's Party Legend series. The series is being done for the up-and-coming movie Project X, about three high school seniors trying to make a name for themselves by throwing a huge party. The film will be directed by Todd Phillips, who is known for films such as The Hangover. VICE's animations really make this series worth watching (aside from the crazy stories), and the simplicity of the artwork detailing the antics of each story makes this quite enjoyable.

Dr. Ken Jeong, Snoop Dogg, Tyler the Creator and Johnny Knoxville share their tales of alcohol, drugs, debauchery and sex in this wild series. This type of marketing for Project X makes me want to buy a ticket as soon as the movie is released!
0.9
Score
Popularity
Activity
Freshness
Get the 2021 Trend Report FREE

Alcoholic Showers
The ShaKoozie is a Shower Beer Koozie
play_circle_filled