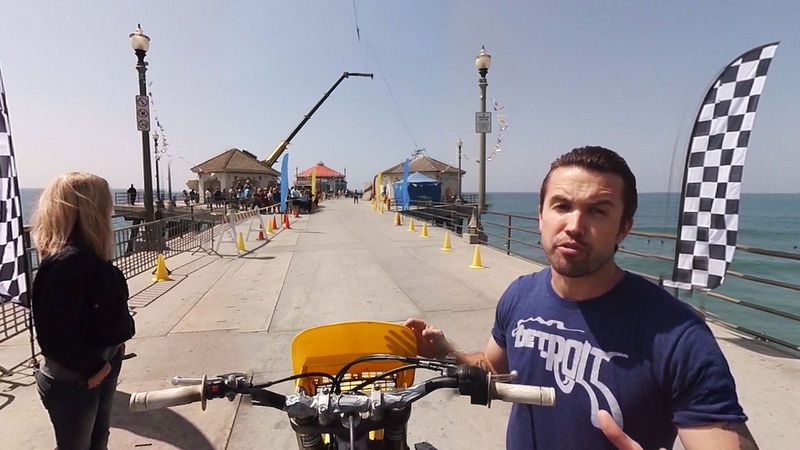 'Project Badass' is Based on 'It's Always Sunny in Philadelphia'

Joey Haar — February 16, 2017 — Pop Culture
References: fxnetworks & cnet
Share on Facebook Share on Twitter Share on LinkedIn Share on Pinterest
'Project Badass' is the title of one of the harebrained schemes from an episode of 'It's Always Sunny in Philadelphia,' and now it's also the title of a VR experience based on that episode. Release by FX, the network that produces 'It's Always Sunny in Philadelphia,' Project Badass is a virtual trip through another attempt by Mac to create a "badass" video.

In the short VR video, the first-person camera puts the viewer on a motorbike sitting at a pier. Mac, Dee, and Dennis debate the safety of the stunt that's about to take place, which involves the rider/viewer riding off a jump at the end of the pier and "plummeting to the safety of the crashing ocean 100 feet below." Clearly, the absurdity of the VR experience is in line with the humor of the show.
1.9
Score
Popularity
Activity
Freshness
Get Trend Hunter Dashboard