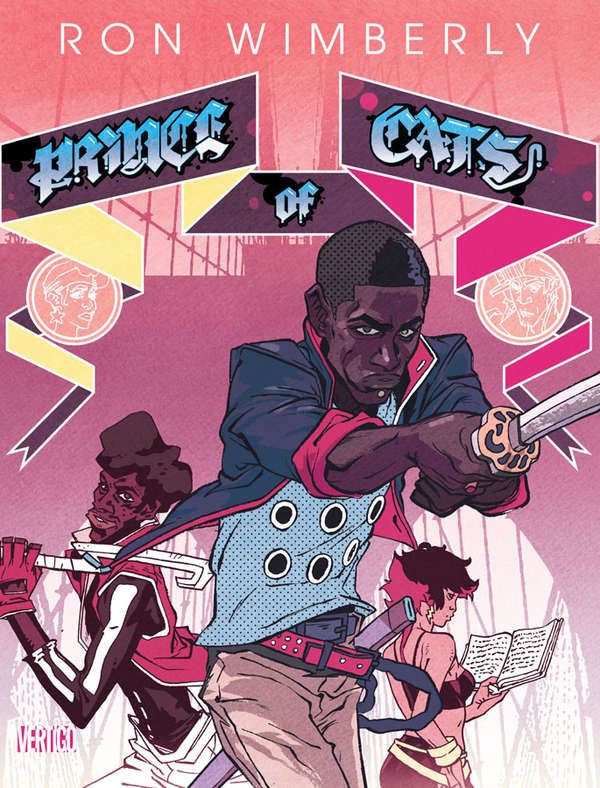 Prince of Cats Puts a Modern Twist on a Classic Tale

Loaded with references to things like the Wu-Tang Clan and The Warriors, Prince of Cats is as much an homage to hip-hop culture as it is to cult film classics. The story is written from the point of view of Tybalt, Romeo's primary antagonist, as he and his Capulet brothers continue their war against the Montagues on the streets and rooftops of New York.

The story is chock-full of action and clever juxtaposition as characters face off in rap/samurai battles and wax poetic using archaic Shakespearean language infused with modern slang. There's even a love story hidden in there somewhere. Best of all, the entire thing is written in iambic pentameter! So even though there are rapping hip-hop samurais all over the place, it maintains a vibe that is uniquely Shakespeare.

Prince of Cats marks an impressive comic debut for Wimberly. If you're a fan of Romeo and Juliet, rap music, or samurai swordplay, you're definitely going to want to check this one out.
2.8
Score
Popularity
Activity
Freshness
Attend Future Festival